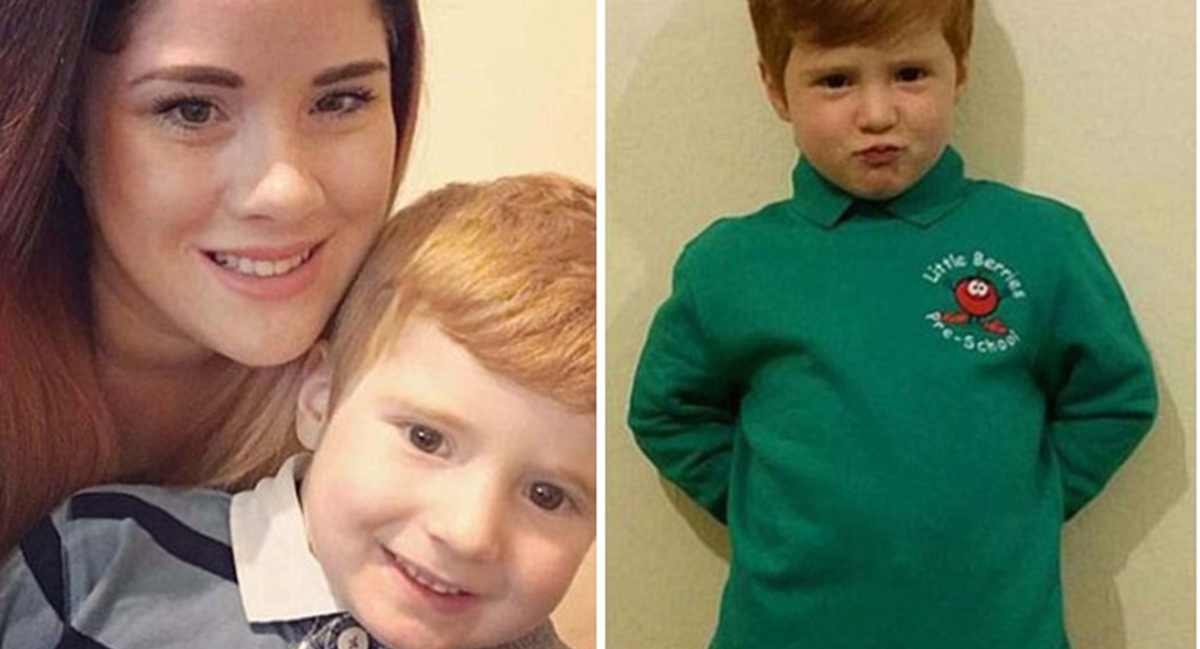 A lady named Lauren Russell shared a story on Facebook about a trip on public transportation that she took with her little boy, Noah, who happens to be a handsome young redheaded lad. Noah is only three years old and he didn’t know how to process it when he was being bullied by a teenager who was saying horrible things within hearing of both the little boy and Lauren. The youth was saying that if he had a red-headed child, he would probably kill it. He also said some dumb things like social service should be called and things like that. Just ignorance. Here’s the thing: this kind of ignorance has to be called out on the spot. A part of me is disappointed that Lauren didn’t confront these young people. Read her story below.

“Today my heart broke in two.

Whilst travelling on a public bus number 12 I witnessed such cruel behaviour towards my 3 year old son from a very narrow minded boy who couldn’t be much older than 13. Unfortunately this hasn’t been the first time and I know it won’t be the last.

He’s been targeted by people of all ages.”

And what for? Because he has ginger hair. My beautiful boy was told social services should have taken him away because his hair colour is disgusting.

The boy then turned to his friend and said if he ever had a ginger child he would kill it.

Now my little boy is only 3 and was left very confused. I feel devastated as I too have ginger hair and [know] all too well what it’s like to grow up being singled out/ the target of such bullies.

He hasn’t stopped asking me why people don’t like his hair.

He asked me if I could change it for him so people will like it. He asked me if he could be like his brother who doesn’t have ginger hair.

I can feel my heart breaking every time he asks me.

My little boy looks so sad and I want to make it better. The reason I am trying to go public with this is because I know these cruel bullies are in the minority.

I want to show my little boy that there is more good in this world than bad.

There are kind and caring non judgmental people who won’t ever single him out. I ask you all to please share this and show my boy how beautiful he is.

I want to show him the good in this world with the power of Facebook.

It isn’t okay to bully somebody for their hair colour, not now. Not ever. Thank you.”