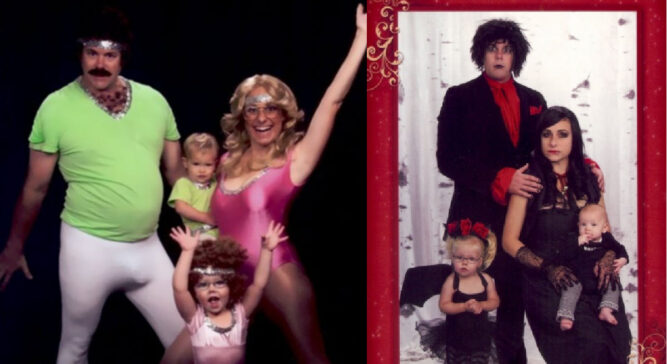 If you ask most people, they might describe their family as a little strange. After all, every family has its little quirks, and sometimes certain traditions might seem downright bizarre. However, I would contend that most families can’t hold a candle to the brilliant strangeness of the Bergerons. Every year this family breaks the internet with a special Christmas card that makes everyone laugh their heads off! In fact, they’ve been putting out memorable Christmas cards for over 16 years, and they have no plans on slowing down anytime soon.

According to Mike Bergeron:

“I can’t tell you if it was me or Laura who thought of it, or even if it evolved between the two of us joking back and forth, but somehow we came up with the idea to dress-up like different characters and make their holiday card for everyone we knew. It would be a way to show the people we loved that we were thinking about them during the holidays and also a way to make them smile amidst the chaos and stress of the season.”

And considering how stressful 2020 has been for all of us, I think a little Bergeron holiday humor is just what the doctor ordered. These are the kind of folks I bet make for some really fun neighbors! You can check out a few of our favorite Bergeron family Christmas cards below. 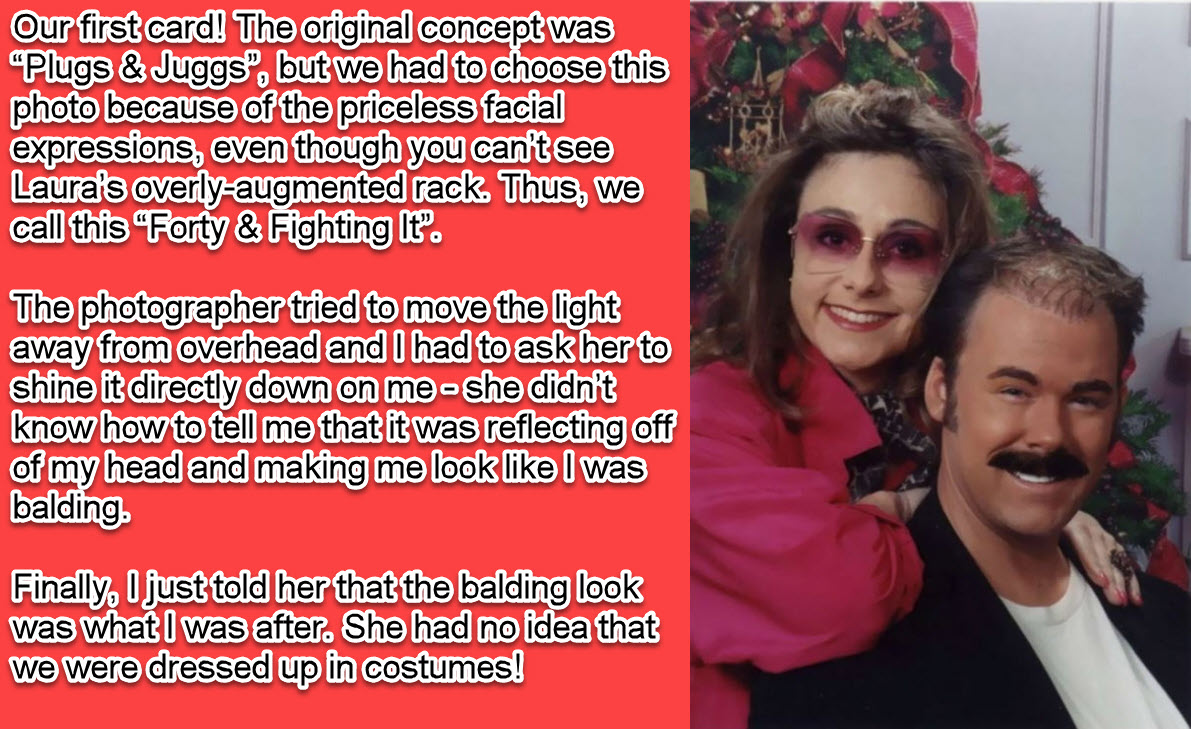 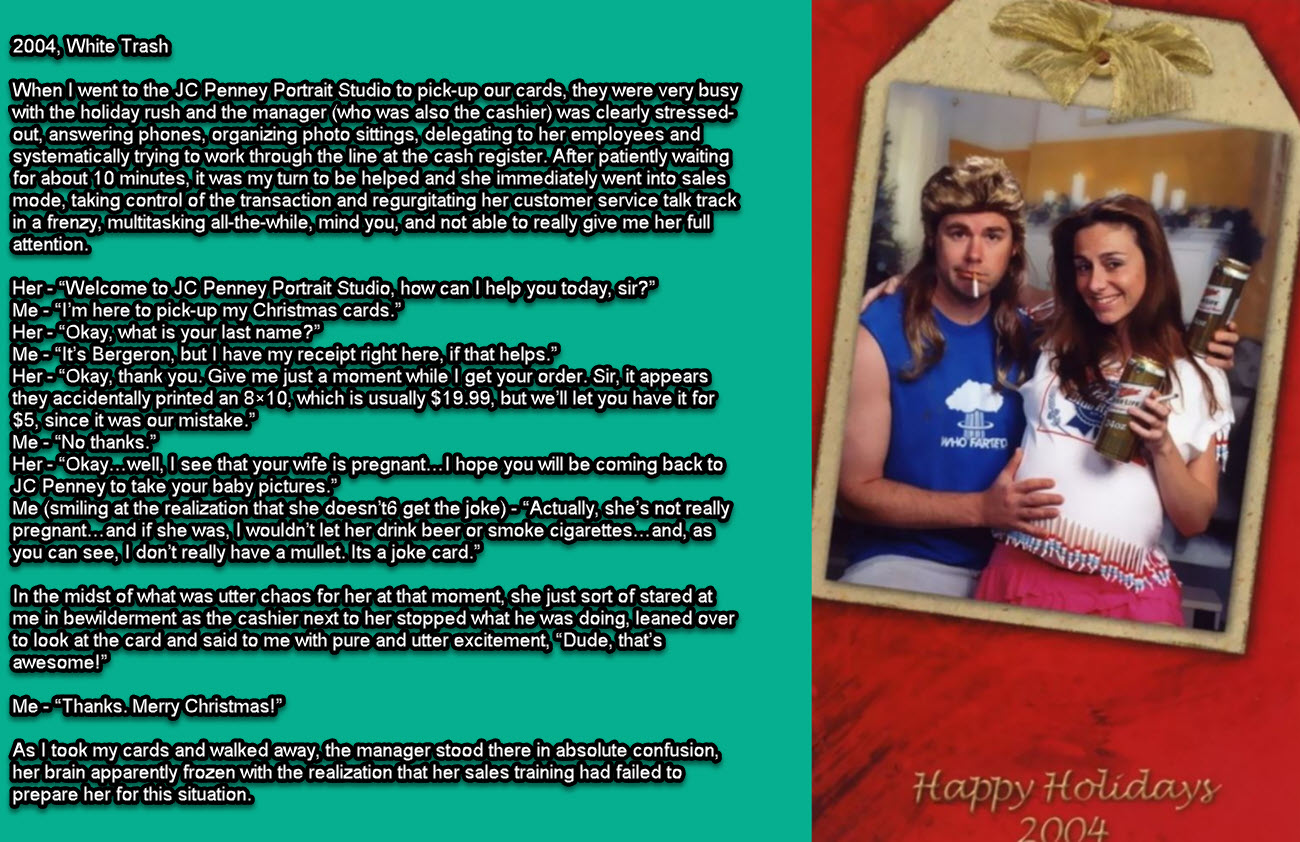 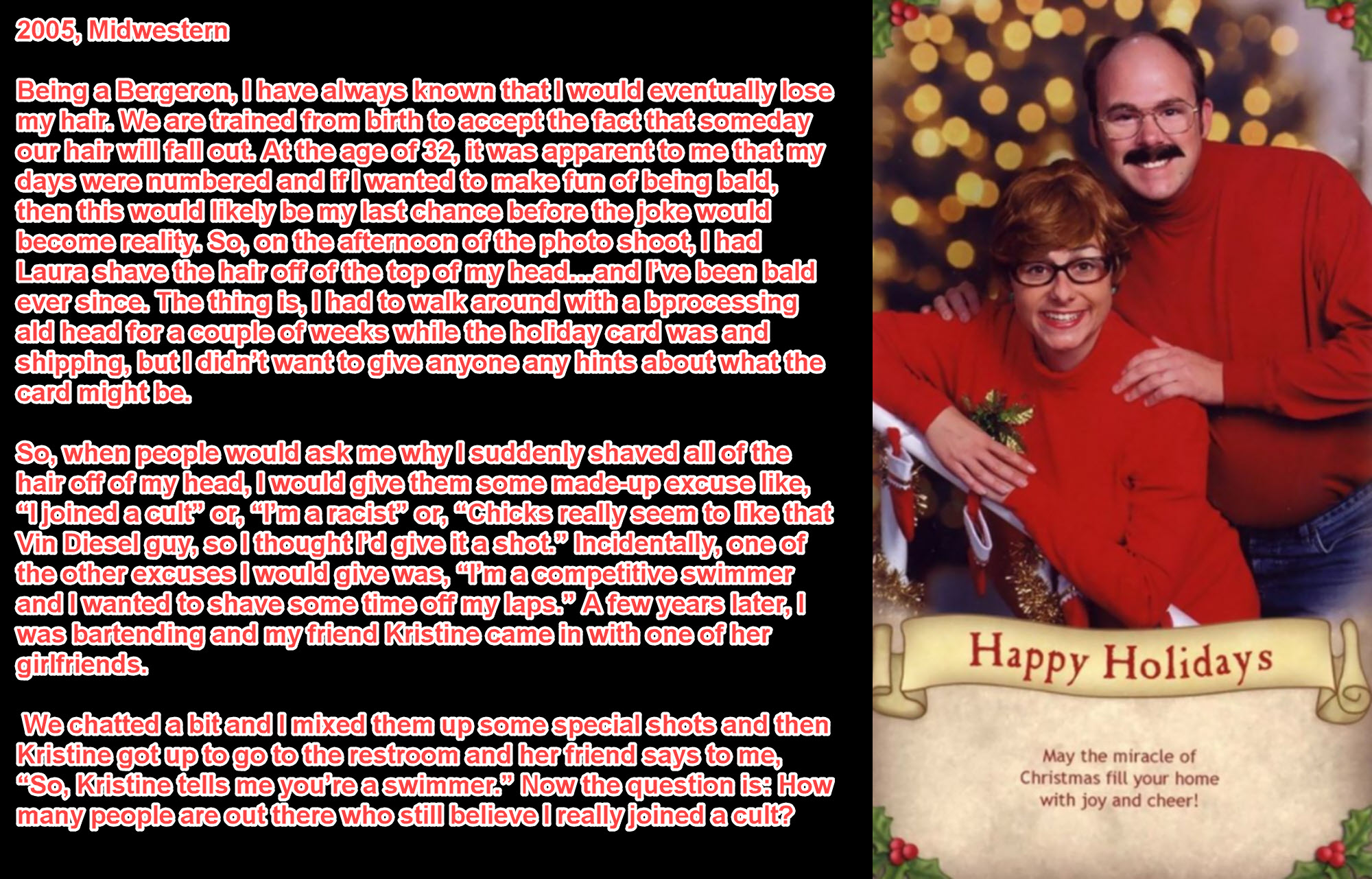 2006: Just a little something special 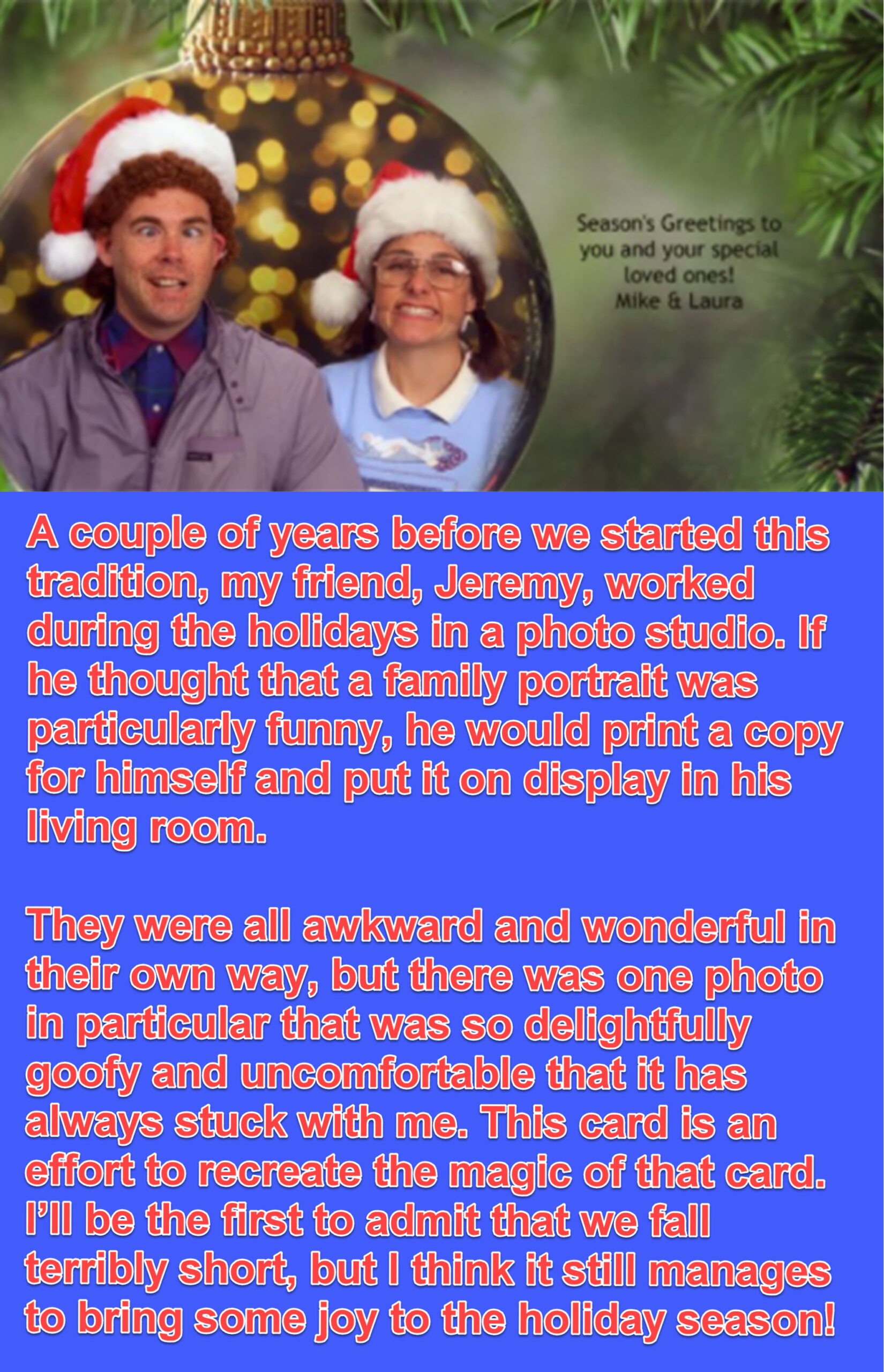 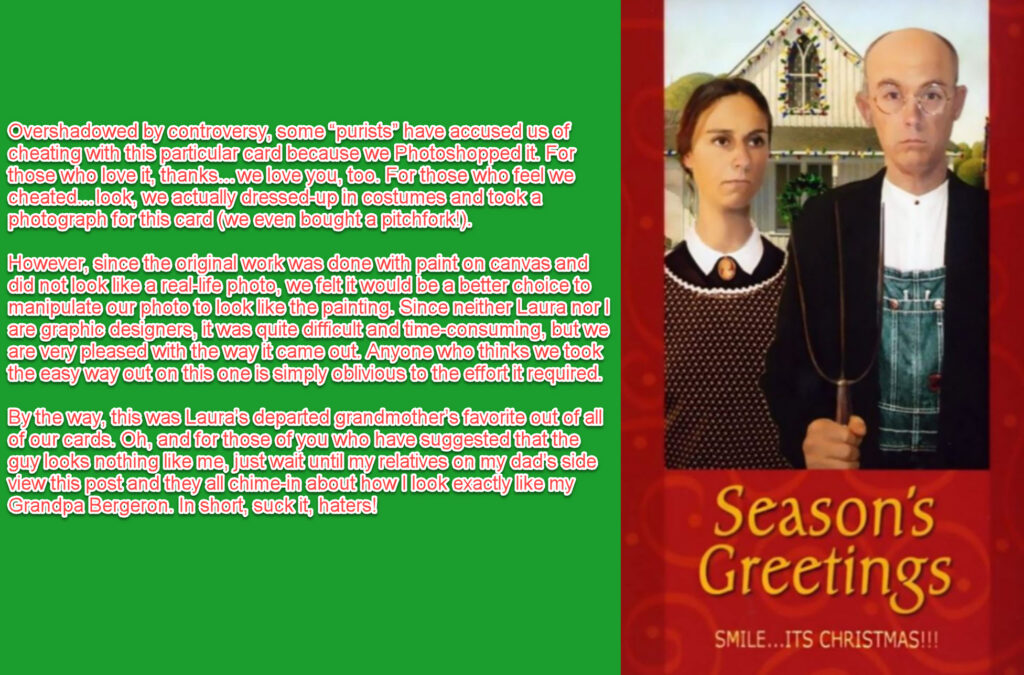 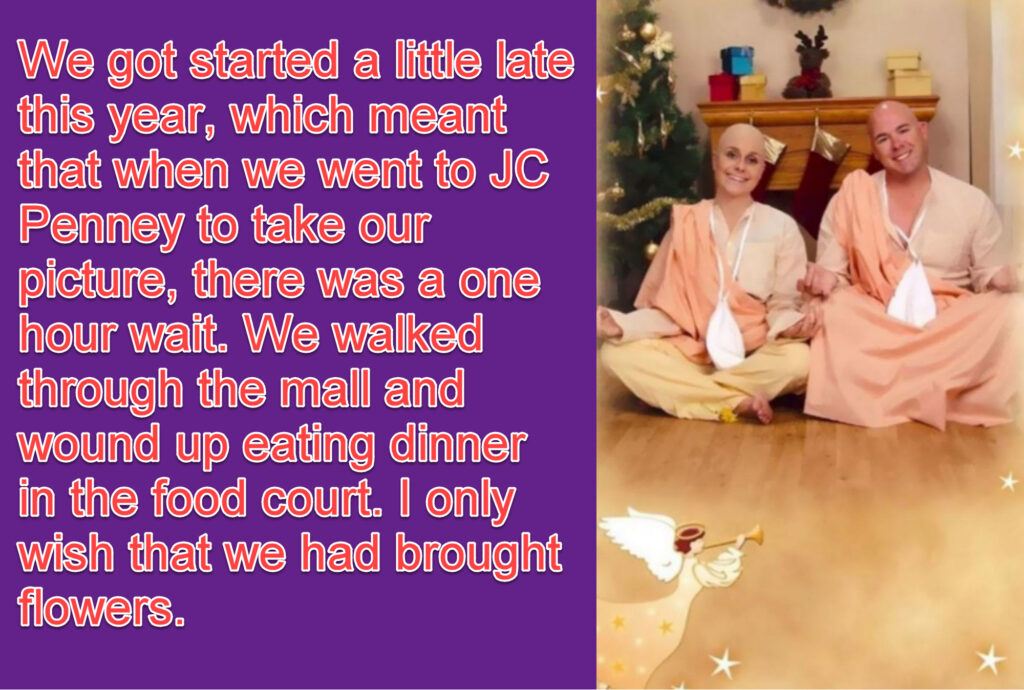 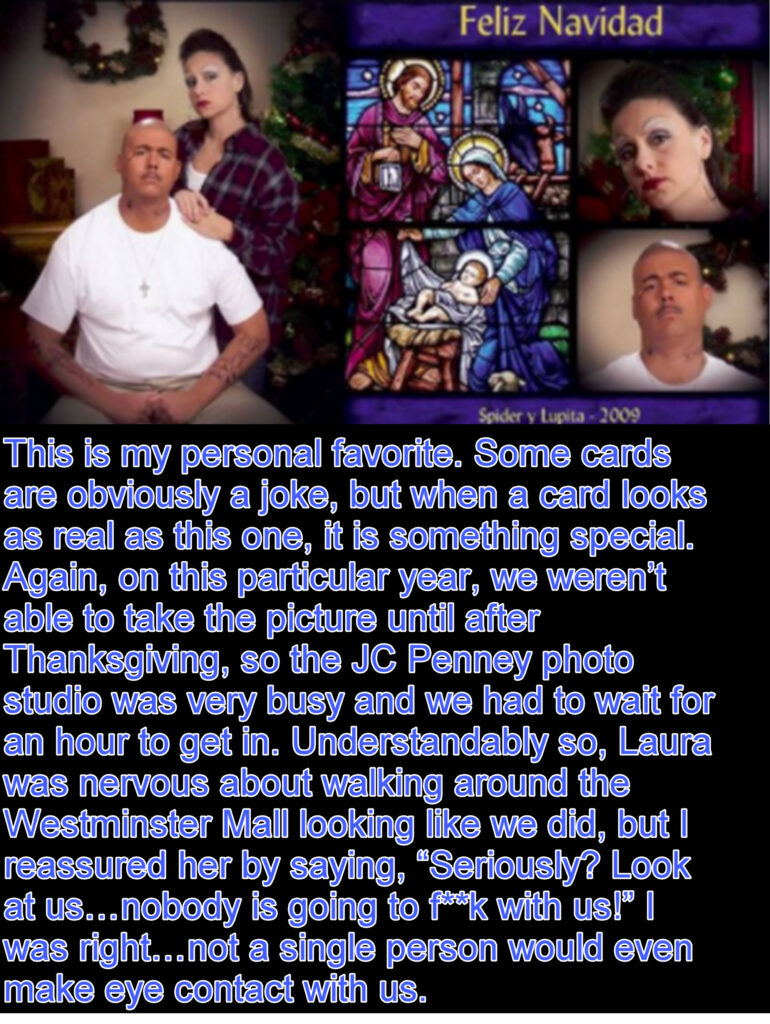 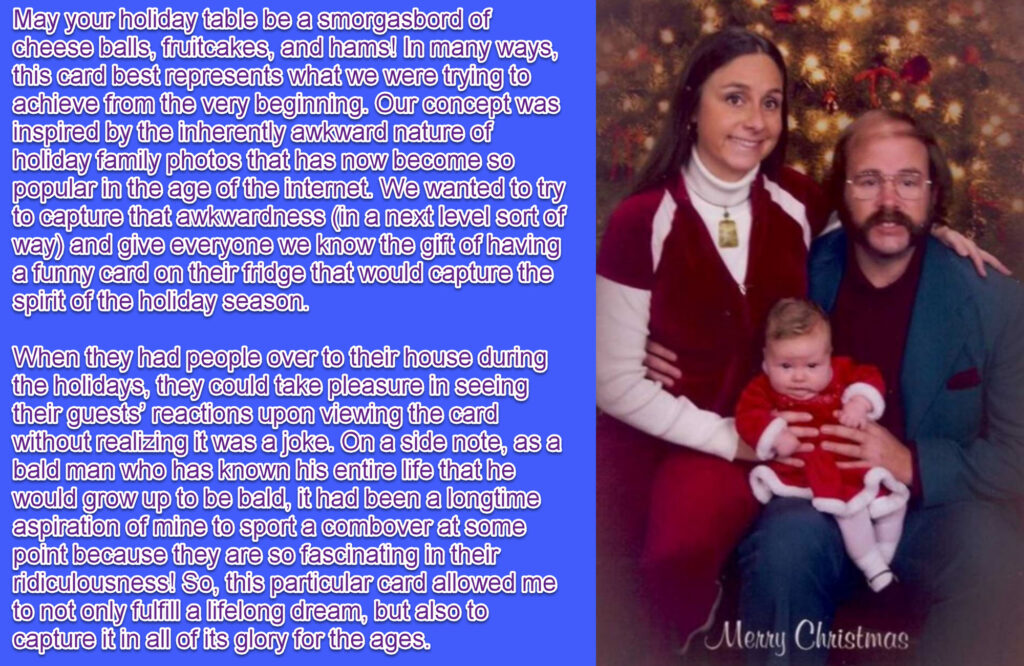 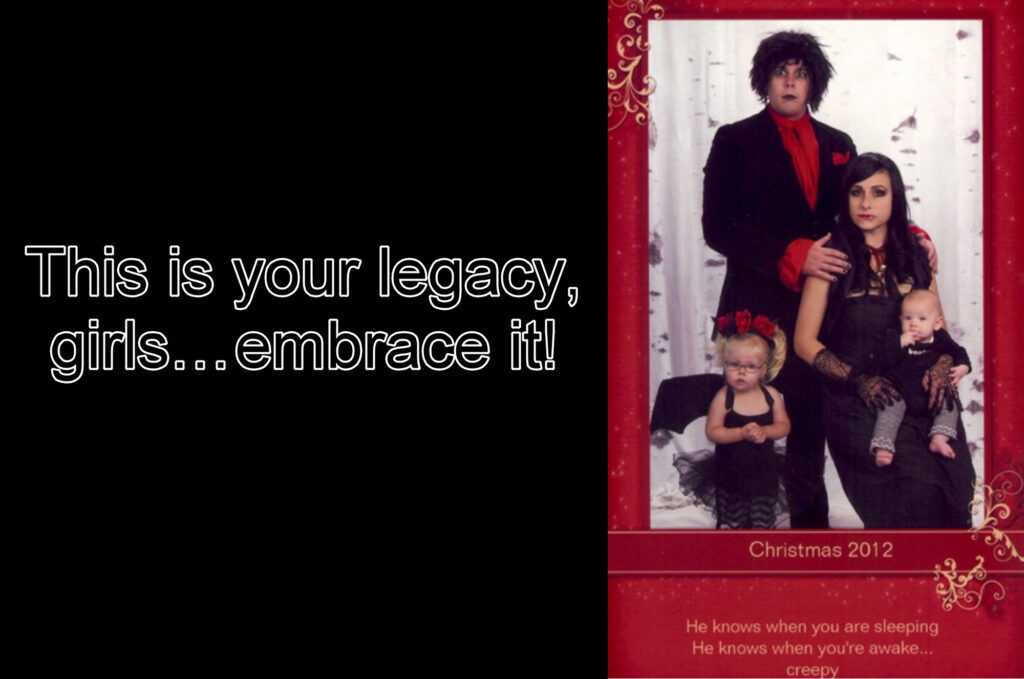 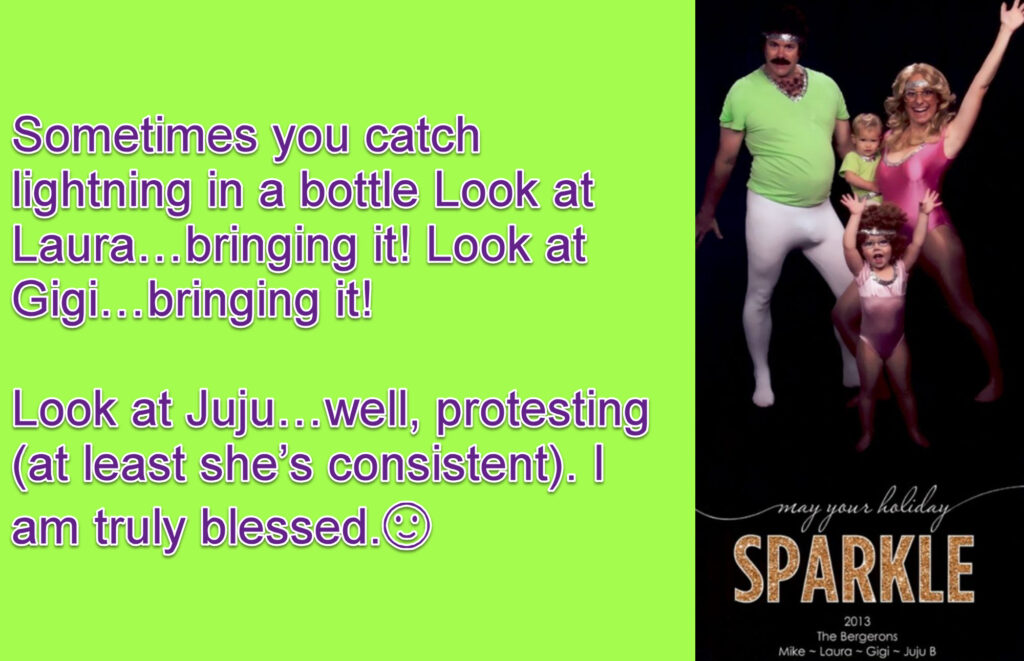 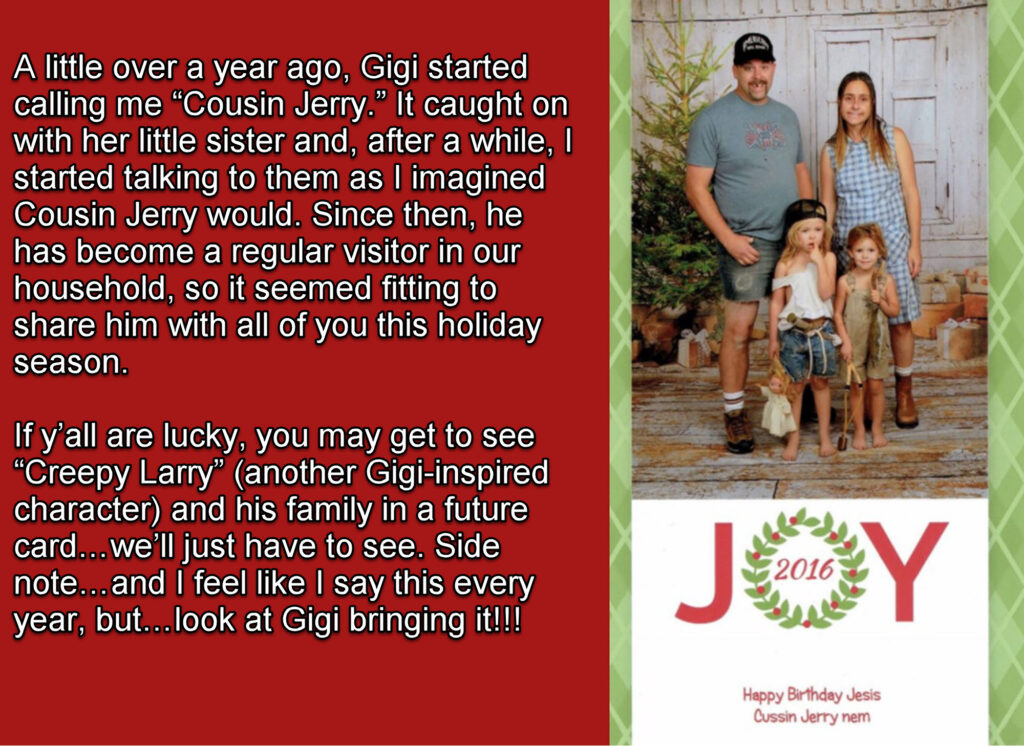 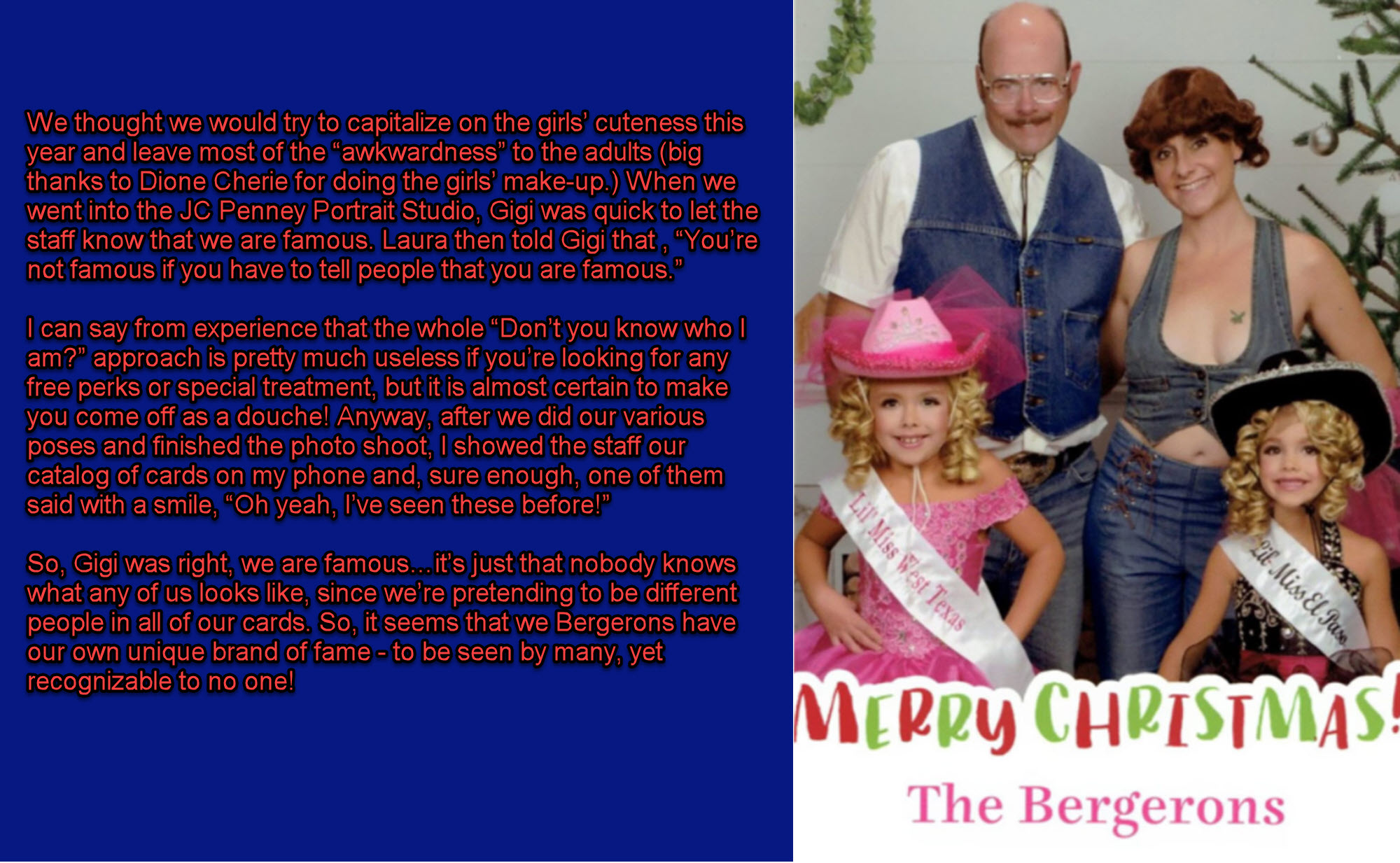