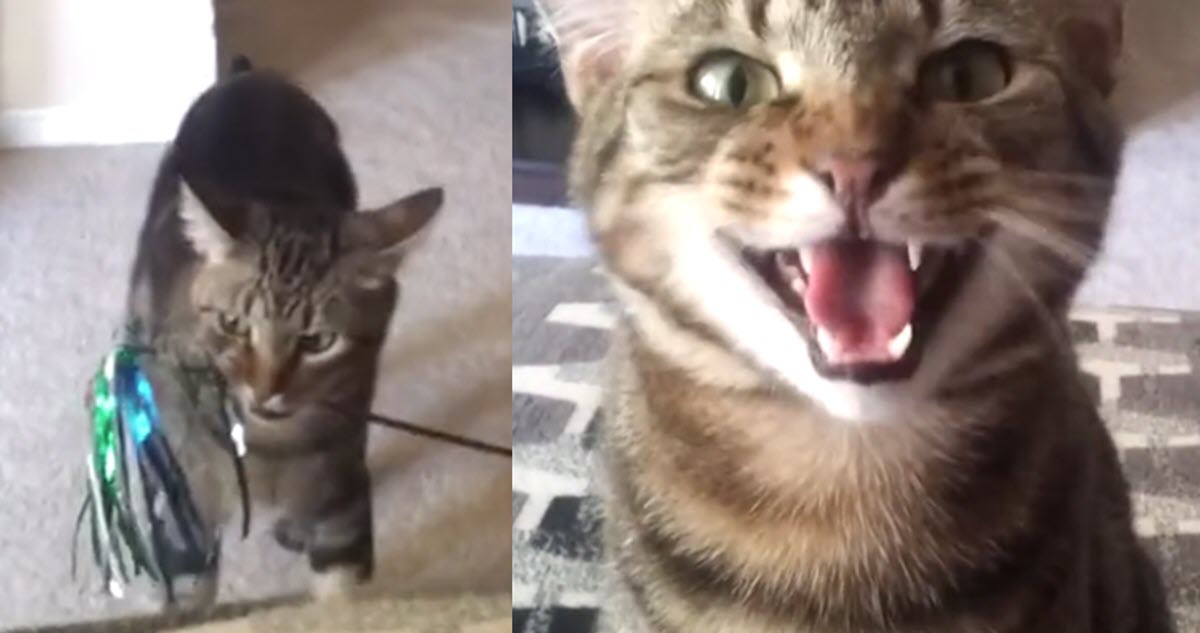 Anyone who has ever lived with cats knows that there’s really no such thing as a “cat owner.” Our cats are “human owners,” and they control us in a zillion different ways. We are essentially their slaves. Interestingly, some cats love toys and some are oblivious to them. However, cats who do love toys are quite serious about their playthings and their human slaves love to please them by buying them new toys. We have a cat who loves toys and he gets a new toy at least four nights a week. He plays with it until he’s tired of it, then we pass it on to the other cats, none of whom are very interested in toys but gamely bat their hand-me-down toys around on the slippery concrete floor in the living room.

Meet Caesar, the cat in the video below. Caesar is a cat who loves to play and he loves toys. His current favorite toy is a sparkly teaser wand. And yes, I say “current” because cats lose interest in toys after a while and we, their human slaves, have to buy them new ones frequently. Caesar has a problem. He wants his human slave to play with him, but the human is obviously watching TV and forgotten all about what’s really important: Caesar’s happiness. 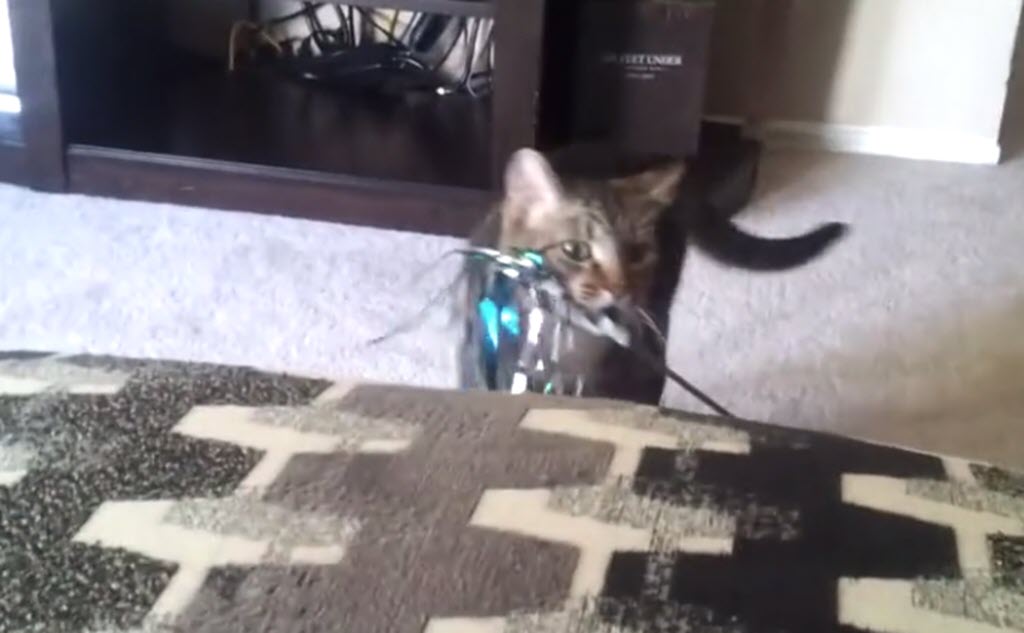 Caesar is walking around the room dragging his wand, trying to get his human’s attention, and the human is mostly ignoring him. So Caesar does the next obvious thing: jump up on the couch and force the human to play. Cats are creative and cunning creatures, but even a smart guy like Caesar is having a hard time getting his sparkly wand up onto the ottoman (or couch, whatever it is). He gives it a solid go, but it just doesn’t happen. As Caesar is jumping up on the ottoman, the handle of the wand catches on the side of the couch, falling to the floor as Caesar loses control of it. It’s a cat-astrophe (sorry, I couldn’t stop myself from that pun). Caesar is not a happy camper at this point, so he begins to complain loudly to his human. Instead of going after the wand and trying again to get it up to the couch, Caesar just cries and waits, hoping his human will get it for him.

I know a lot about cats and I know even more about human beings who love cats. Trust me on this: Caesar won’t be begging for long. He’s adorable and irresistible and his human will get the want and before long, Caesar will be happily playing.