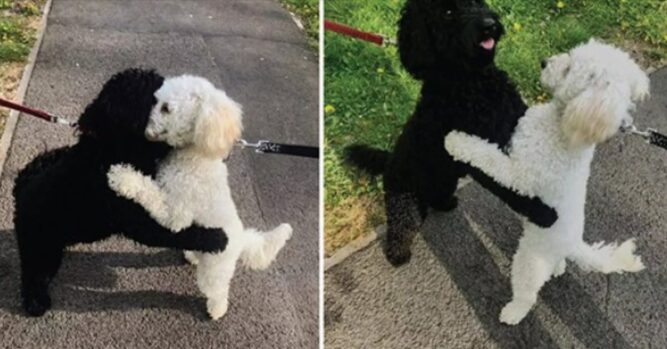 Throughout our lives, we are going to have many friends. Some of those friends are going to stick around for a lifetime and we can tell them anything, realizing that they would never divulge any secret information. On the other hand, other friends are going to come and go so quickly that they can really only be referred to as an acquaintance. When you really stop to think about it, however, the first friends that we often have are members of our family. They are siblings, and if you have a brother or sister, you realize that things don’t always go perfectly, but there’s a lot of love there underneath.

Perhaps that is why our lives are touched so much by the following story. It’s about a relationship that took the people that witnessed it for themselves by surprise. Of course, we realize that human siblings often have a very close bond but did you realize that the same bond can also exist among animals? We don’t often see it, because animals are typically separated from each other when they are very young. They were just getting to form that bond when suddenly, it was taken away from them. 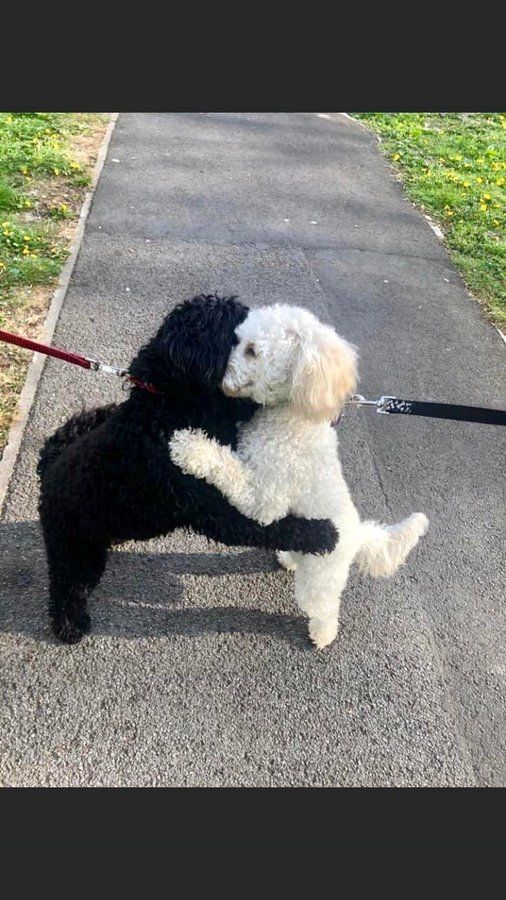 That is where Rosie comes in. Susan Killip told The Dodo that there were six puppies in Rosie’s litter, but Monty and Rosie were always with each other. Monty was adopted and they were looking after Rosie for about a week. The dogs were apart for close to 10 months, and they never saw each other again, until they happened to run into each other in a most amazing way.

As it turns out, the dogs lived in the same neighborhood and when they were both out for a walk with their owners, they spotted each other. Suddenly, they were jumping up and down and hugging each other. It really amazed Killip that they were able to recognize each other after not seeing each other for 10 months. As you can imagine, this went viral when it hit the Internet for all the right reasons. It’s a beautiful story, and it shows us just what siblings can mean to each other.