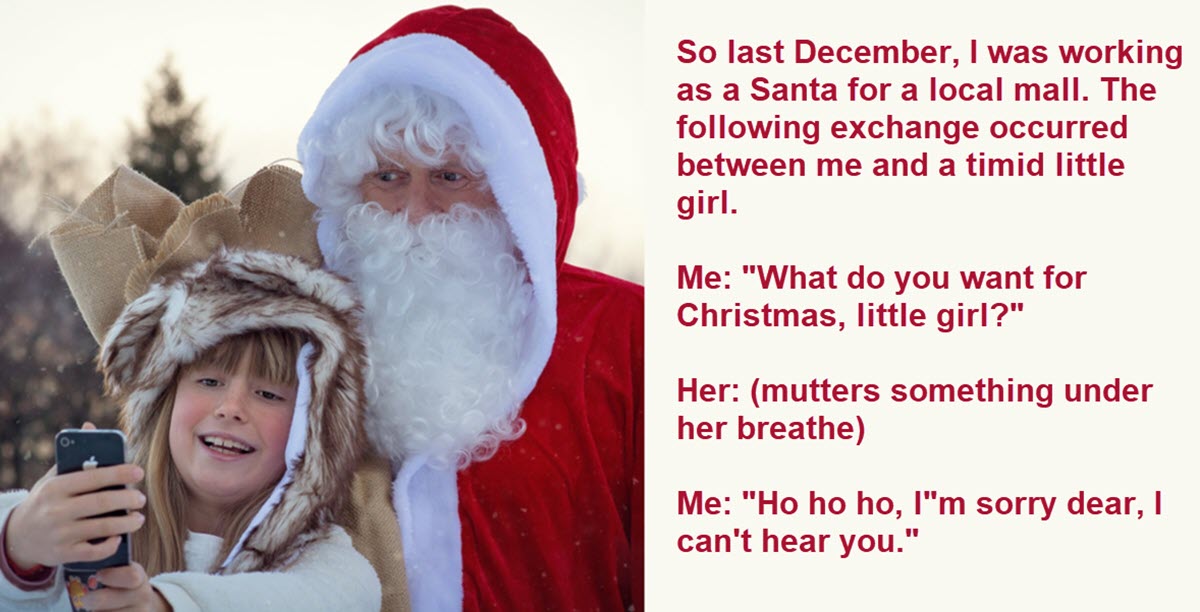 You know, I’ve never put a lot of thought into what being a mall Santa Claus entails. I supposed I always assumed it was a fun gig, albeit one that can probably become annoying after a long day of holding kids (some happy to be there and some bawling) on your lap. Throughout a day’s work, the average mall Santa probably hears some crazy things, now that I think about it. He probably also gets a good glimpse into how spoiled most of us are here in the U.S. And at the same time, he probably hears some heartbreaking things, too, such as a request from a child who wants a pair of new shoes for Christmas. Today, I stumbled across this story and it just made me so sad. I’m sad for the little girl and sad for the Santa who will never get the look of her eyes out of his mind.

So last December, I was working as a Santa for a local mall. The following exchange occurred between me and a timid little girl.

Me: “What do you want for Christmas, little girl?”

Her: (mutters something under her breathe)

I looked closely at the girl. She was maybe 7 years old, but she gave me the single longest, oldest, most world-weary stare I have ever gotten – a look that said she wanted to cry, but had run out of tears long ago. The owner of that gaze had, it seemed, seen more pain than I ever would and had endured far worse than I ever could.

But I had a part to play, I was Santa after all. So I recovered quickly.