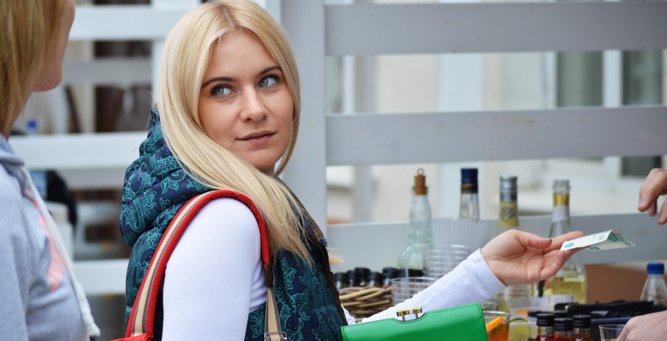 For a lot of years (more than I want to remember), I worked in customer service in various industries. There were definitely some perks to the job and I enjoyed interacting with the public, even though I’m a pretty introverted guy personally. I think because I spent so many years helping people in the jobs I had, I developed this “employee” look. Or maybe it’s because I look like I know what I’m doing when I’m shopping for technology stuff. However, for some reason, I’ve apparently got the look of a “store employee.” On more than one occasion, I’ve been asked for help by other customers.

I don’t find it insulting at all, although it’s a little amusing to me. I like helping people and I’m glad to do so if I can. There’s actually an entire subreddit devoted to this phenomenon and a lot of folks clearly have the same problem that I have. The subreddit is called I Don’t Work Here Lady and some of the stories are downright hilarious. One story went viral recently and it was posted by a user (Wiggle It Loose, who we’ll call Wiggle) who is no longer on Reddit. Luckily, we found it archived somewhere else so we can share it with you. The situation started when Wiggle saw the female customer being very rude to another customer.

Apparently, Wiggle had the look of a store employee, and he was so annoyed with the woman that he decided to just play along with her. It was a slow day, I guess. The woman asked him where he kept “his” eyelash curlers, and Wiggle played right along with it and pretended to not have a clue. however, he didn’t tell that woman that he didn’t work there. She promptly became very annoyed with him, of course.

3. At some point, the woman just outright called Wiggle “stupid” and even threatened him with the manager, which Wiggle found hilarious, naturally.

When the woman asked where his manager was, Wiggle told him the manager was probably at home. Keep in mind that Wiggle does NOT work at this store, so who even knows who his manager is?

Scroll on down to read the rest of his crazy story.